So my old DIY laser cutter was a great experiment, but unfortunately the laser just wasn’t powerful enough, so I brought a new one.

It’s a “40watt” laser, and it’s pretty much the cheapest of the cheap. There are numerous problems and safety concerns with the product, but providing you’re not silly then nothing should go wrong.

After unboxing my cutter, I was disappointed in the build quality. But then, what was I expecting for a product that cost almost as much to ship as it actually cost…. and for less than £400 (all in) it’s a bargain. It took a while to get working, mainly due to the fact that it didn’t home correctly, which meant some investigation work with my multimeter. After finding the offending broken wire and bodging a repair, it was working OK. 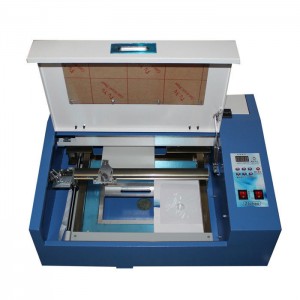 The software was pretty easy to use, and I was up engraving and cutting within an hour or so of aligning the mirrors (yes you need to do this yourself). It’s a little bit Quirky, but for the money you can’t complain.

Some future mods will include,